This whole area is dominated by the limestone, hills, rivers, escarpments and wine that is grown on it. We had arranged to meet Wendy and Clive a few days before the wine festival so we could get onto the aire by the wine coop, our first stop after getting parked.

Having a few days to spare Jacqui and I rode our bikes through a couple of sleepy villages and along the Rhone, passing the nuclear power station! Spending most of the days before the festival eating picnic lunches with lovely French fayre and evening meals all al frescoes all with several glasses of the local village wine; the weather was very kind to us.

Walking around Chusclan before the event, just to get a before and after feel of the place, from 3 people walking the streets to hundreds. 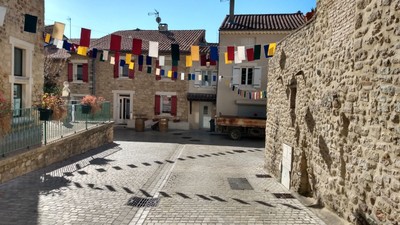 We bought our glasses, plastic, for the wine tasting and had to exchange pink disks for each wine, the French were definitely get bigger portions than us. All the wines we tried were excellent, some not to all our tastes. And the displays of old cars and stalls were pretty much like you would find in most summer fetes. The wine pressing demonstration was clever with the locals dressed up in peasant gear and the whole process narrated by an old chap and then we got to taste the grape juice, not bad but I prefer some fermentation to mine. 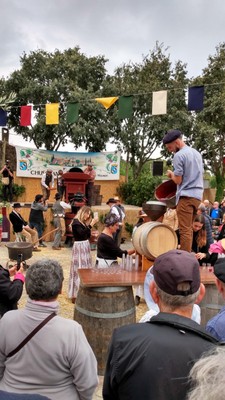 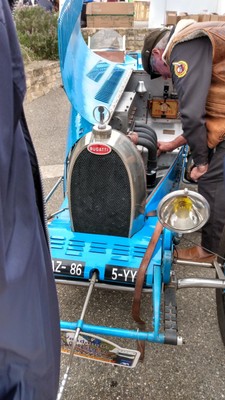 Cut it a day short and headed more toward the coast trying to work out a dry route as the weather had started to change.

We enjoyed the city of Arles and our first market, best olives outside Spain and then on to Pont du Gard an incredible viaduct built in 50AD. 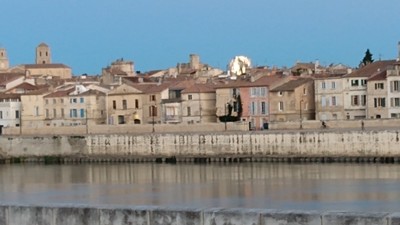 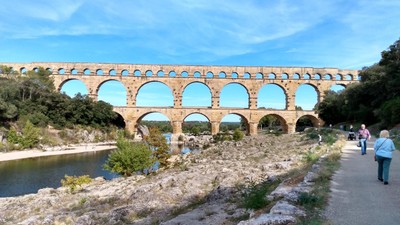 From there we met up with Jacky and Hughie our Rugby mates near Montpellier. We parked at a marina run by the local council and speaking to our German neighbours, there had been palm trees down the previous weekend and 200mm of water in the car park! Another Mediterranean event was on its way!
We watched England win convincing against Australia then caught the bus tram into the city to watch the Ireland NZ game in a really nice bar. Not the result we wanted but Jacqui and I in our England shirts got congratulated all day on our win!
We went to watch a live game at Montpelier that afternoon, lively stadium and returned home quite tired after a full day out! 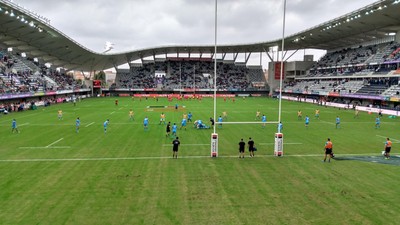 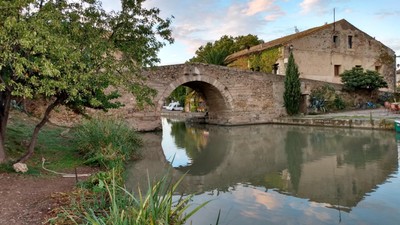 Wales beat France and we watched SA do a job on Japan and we set off again, to an aire by the canal du midi with the Spanish border in our sights. 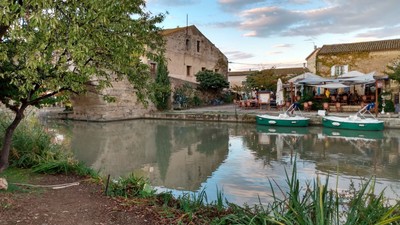 Posted by cjpolley 00:48 Archived in France

Good morning Campers! Well, with this extra hour playing havoc with my sleep pattern, what better way to start a Sunday, than to read your wonderful blog CP. Hope you find somewhere niceto now watch England in the Rugby Final! ????????????????????????????????
Stay safe xx

PS I had put some emoji's, but site obviously doesn't like that,hence all the question marks! lol xx